Antioxidant activity of Flavonoids in your cuppa can help you fight viral diseases and help prevent several chronic diseases. While plant-based food ranging from fruit and vegetables contain antioxidants, tea in comparison has been found to contain 10 times more units of antioxidants!

Single Origin Tea, handpicked and packed where it's grown, seals in freshness and protects the natural goodness of antioxidants & flavonoids in your cuppa. Experts recommend drinking 3 - 4 cups of fresh tea daily to obtain the health benefits of tea. Both green tea and black tea are made from the tender shoots of the tea plant (Camellia sinensis). The differences in the final product are due to the different methods employed in the processing of the tender shoots. In black tea the predominant class of water soluble polyphenolic compounds in tea shoots known as catechins is converted to theaflavins and thearubigins during processing while in green tea it remains unchanged. This is the major difference in the composition of green tea and black tea and the composition of other components are similar. Most of the beneficial properties of tea are due to the presence of high amounts of these polyphenolic compounds in tea. Research carried out so far indicate that polyphenolic compounds in both green tea and black tea have similar beneficial effects. Hence regular consumption of green or black tea will have similar benefits.

How much of caffeine is there in tea than in coffee? If I add milk to my tea will that reduce the health benefits of my tea?

Most of the beneficial properties of tea are due to the presence of high amounts of polyphenolic compounds in tea. When a cup of tea is consumed these polyphenols have to be absorbed from the digestive tract into the blood stream to impart the beneficial effects. Research carried out to find the absorption of polyphenols in tea with and without milk indicate that addition of milk does not alter the absorption of polyphenols. Therefore, addition of milk does not reduce the health benefits of tea. Can consumption of tea be good for memory as a person grow older?

Many research studies had been carried out to find whether tea components could improve the cognitive function (all mental abilities and processes related to knowledge, which includes; attention, memory, judgment and evaluation, reasoning, problem solving and decision making, comprehension etc.). These studies have found that tea components especially caffeine and theanine could improve the cognitive function. Further, research studies have shown that tea components may have beneficial effects on Alzheimer’s disease which is a prevalent disease of the elderly. However, from the studies carried out so far it is difficult to conclude whether tea consumption would actually improve the memory in old age. How many cups of tea should I drink to get the required health benefits?

Tea could be considered as a part of a healthy diet as it provides beneficial effects in addition to hydrating the body. Therefore, tea is a beverage which is suitable to obtain part of the daily requirement of fluids. Antioxidant activity of the polyphenols in tea had been recognized as the most significant beneficial activity of tea. Regular consumption of tea is important to obtain a regular supply of polypehnols. Hence, consumption of four cups per day could be considered as an adequate amount to obtain the beneficial effects of tea. If I brew my tea longer will that increase the caffeine content? 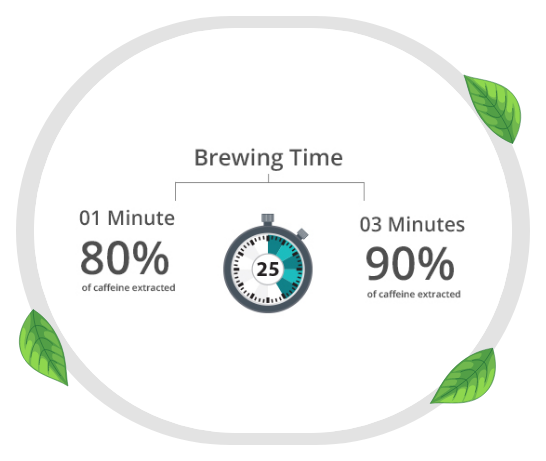 Does tea affect the absorption of iron?

Iron is present in two forms in our diet. ‘Haem iron’ which is found in meat and fish and ‘non-haem iron’ found in dietary items from plant sources. Absorption of haem iron is not affected by tea. However, if tea is consumed with the meal non-heam iron absorption is reduced (absorption is not completely stopped). Further, meat and fish contain relatively higher amounts of iron compared to dietary items from plant sources. Therefore, if your diet is rich in meat and fish, meal time tea consumption will not affect the body iron status. However, if your diet is mostly vegetarian and already marginal in iron supply, it is advisable to consume tea between the meals. Does fresh tea have more health benefits than not so -fresh tea? 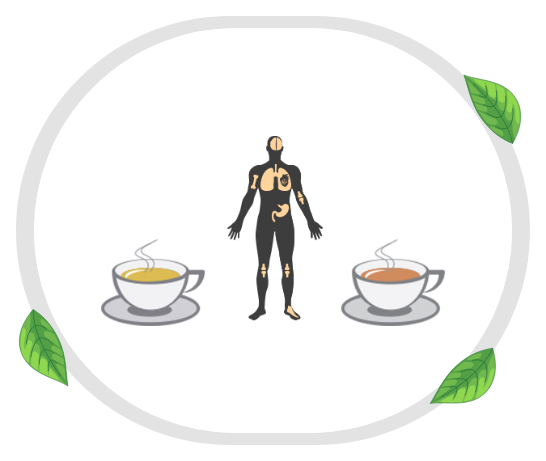 What makes tea a healthy beverage? Does tea have a diuretic effect? 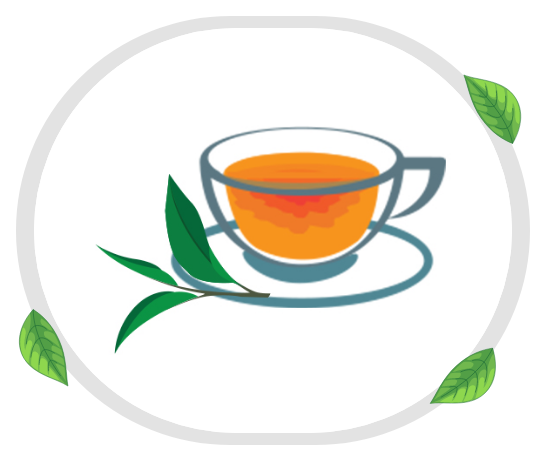 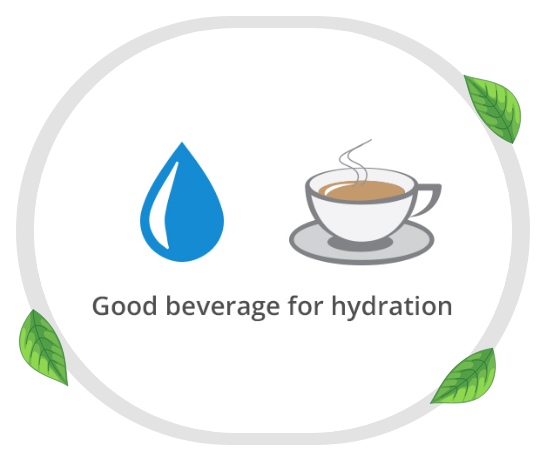 Does drinking tea during pregnancy affect the foetus?

Questions surrounding caffeine intake and risk of miscarriage and health of the foetus continue to be raised by pregnant women.

Caffeine consumption equivalent to approximately 3 ½ to 5 cups of tea per day had no effect on birth weight, birth length and head circumference of the baby. A follow-up examinations at age’s eight months, four and seven years also revealed no effect of caffeine consumption on the child’s motor development or intelligence.

Pregnancy hampers caffeine metabolism. For example, in non-pregnant women the break-down of half of the caffeine takes an average of 2.5 – 4.5 hours, 7 hours during mid-pregnancy and 10.5 during the last few weeks of pregnancy. As caffeine retention is longer during pregnancy, women sensitive to caffeine may be affected. As a result a moderate consumption of approximately 3-4 cups a day, is recommended for women during pregnancy. 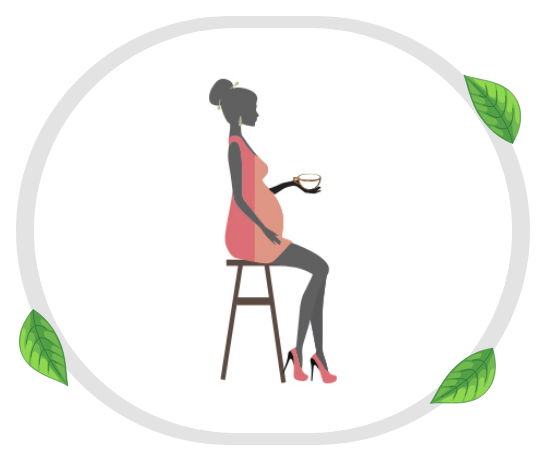 Long-term consumption of tea catechins could be beneficial against high-fat diet-induced obesity and type II diabetes and could reduce the risk of coronary disease. Further research that conforms to international standards need to be performed to monitor the pharmacological and clinical effects of green tea and to elucidate its mechanisms of action.

Does Fluoride in Tea has any implications on Oral Health?

Tea plants accumulate fluoride in their leaves. In general, the oldest tea leaves contain the most fluoride. Most high quality teas are made from the bud or the first two to four leaves—the youngest leaves on the plant. Brick tea, a lower quality tea, is made from the oldest tea leaves and is often very high in fluoride. Symptoms of excess fluoride (i.e., dental and skeletal fluorosis) have been observed in Tibetan children and adults who consume large amounts of brick tea. Unlike brick tea, fluoride levels in green, oolong, and black teas are generally comparable to those recommended for the prevention of dental caries (cavities). Thus, daily consumption of up to one liter of green, oolong, or black tea would be unlikely to result in fluoride intakes higher than those recommended for dental health. The fluoride content of white tea is likely to be less than other teas, since white teas are made from the buds and youngest leaves of the tea plant.

It has been found that not only fluoride but the polyphenols in tea also act to reduce tooth decay. Recent studies have further revealed that tea inhibits the growth of other harmful microorganisms in the oral cavity. Tea for Healthy Aging and Longevity

Researcher Dr Weisburger concludes from recent studies that six or more cups of tea per day helps healthy aging. Tea can restore elasticity to the skin, and tests have shown that it enhances memory.

In populations where regular tea drinking is a part of the lifestyle, as in Japan and India, individuals are likely to live to an advanced age in good health. Also, experimental studies indicate that animals given dietary antioxidants, including tea, live longer. How much theophylline, a compound known to have an effect on easing asthma is contained in a cup of tea?

Theophylline is an alkaloid derived from Tea which acts as a mild bronchodilator. In brewed tea, trace amounts of theophylline is present; only around 1 mg/L which is significantly less than a therapeutic dose. Tea has classically been used to treat mild asthma and bronchitis although other potent anti-asthma medications are available with more therapeutic benefit, tea may be beneficial for mild respiratory problems and is safe, even for children. But tea should not be used as a medication for Asthma. The difference in the quantity of theophylline between green/black tea is insignificant. There have been a number of statements on selected websites that use of teabags filter papers can have health effects as they are made with, or coated with, epichlorohydrin which is considered to be a potential carcinogen. The statements are at best ill-informed and misleading and the statement that epichlorohydrin is used to coat the paper is incorrect.

The filter paper materials used are fully compliant with relevant legal requirements and good practice guidelines for papers which are in direct contact with food such as those detailed below: Many in vitro studies have demonstrated the anti-oxidant properties of both black and green tea, as well as the antioxidant activity of the polyphenols in tea. Further studies have shown that these anti-oxidant components of tea are absorbed into the blood circulation from the digestive tract and act as anti-oxidants in body systems. These findings indicate that tea drinking helps to reduce the risk of heart disease, stroke and cancer, common degenerative diseases.