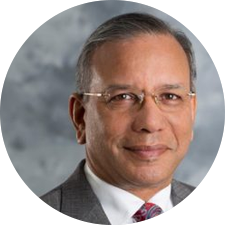 Merrill Fernando on his 90th
Forty two years ago I first met Merrill Joseph Fernando. I was then 26 years old and he must have been 52. Exactly double my age, a single parent bringing up two young boys.

We struck up a friendship and we struck a business partnership which has lasted the sands of time. It was one of the most significant things that have happened in my life, which in many ways molded me to what I am for I have very few kith and kin in this country to call my own and Merrill became an extended family.

Yes, I owe him and his family much for the friendship and succor they have provided to me.

I have often thought of who I would write if they asked me to do an article like that.

Would it be one of our political leaders? But then a politician is a politician and therefore can never be trusted.

Would it be of one of our sports stars? But the best sports stars while excelling on the field rarely demonstrate qualities which allows them to stand out as role models.

Would it be a business leader? But most business leaders are only concerned in building wealth mostly for themselves and are rarely willing to share their wealth with those who are not as fortunate, and if they did they make sure they have enough publicity to compensate.

Would it be one of the elders of my own family? But then whilst my elders have been admirable human people, none of them achieved the fame that I was looking for.

The fact is I am perhaps looking for a person who has achieved greatness in his own chosen field; who believes that excelling in that chosen field is more important than merely accumulating wealth; who serves as an example to others by his conduct and life style; who never forgets that there are a lot of people out there who are living far below our poverty lines and that there is a supreme being above to whom we need to account for every action. Perhaps there were no such people in this world to write about, at least to my knowledge.

Then it occurred to me that perhaps there was. One person I know matched many of the attributes I looked for. A person who has had the vision of the mind, passion of the heart and the discipline of the body to conceptualized and build a tea company admired throughout the world; A tea company which owned a brand which is on the lips of every citizen of this country;

He was a person, who has feared no competitor and gained strength as he overcame every obstacle; He has taken his company to the highest levels of excellence.

A person who in spite of his success and his almost super star status in his own country and in the market place, has his feet firmly on the ground in humility, never once succumbing to one of mans greatest enemies – arrogance and ego;

A person who serves as an example to every aspiring entrepreneur, that you can indeed reach the top against any odds, and to do so you neither need to be born with a pot of money nor take short cuts at every corner;

A person whose faith in his God has never wavered even during the most difficult times and who believes that the best way of serving that God is to share his wealth with others who were not so well placed.

To me only one person fits that bill. Yes, I think my own most unforgettable character that I will ever know would be Merrill Joseph Fernando!