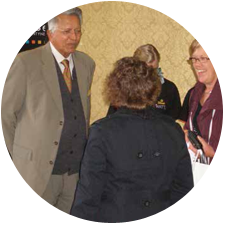 Another similarity we share is our geographical positions, close proximity to a large neighbour! For Sri Lanka, India. For New Zealand, Australia. This has affected the politics, trade, immigrant patterns, attitudes and culture of both of our countries throughout history.

Because of our shared history through the colonial period of Great Britain, New Zealanders feel a natural empathy with the people of Sri Lanka: The island and original people of Ceylon were occupied firstly by the Portuguese in the 16th century and by the Dutch in the 17th century. Eventually Ceylon became a British crown colony in 1802.

New Zealand was first settled by the Māori 700 years ago, and was sighted by the Dutch in 17th century. After contact with various nationalities in the following years, in 1840, when the Treaty of Waitangi was signed, our country too became a crown colony of Britain. Ceylon gained independence in 1948 and became Sri Lanka in 1972. New Zealand gained full independence in 1947. Both are members of the Commonwealth of Nations.

Another similarity we share is our geographical positions, close proximity to a large neighbour! For Sri Lanka, India. For New Zealand, Australia. This has affected the politics, trade, immigrant patterns, attitudes and culture of both of our countries throughout history.

Likewise, when Merrill Fernando had the temerity in the 1970s and 80s to remove his business away from the influences and control of Great Britain, and begin to trade tea independently for the well-being of his own country directly to other destinations; New Zealanders, who had exported more than 80% of our mainly agricultural products to Britain up to the time of the WWII (which in 1970 meant 90% of our butter exports and 75% of our cheese exports) at the same time had to cope with the UK entry into the EEC in 1973, reducing exports to Britain to 36% of our products. So in the 1970s and 80s New Zealanders were also looking for ways of doing business away from Great Britain. Trade diversification was a major preoccupation.

As New Zealanders we feel a very real and deep affinity to the story of Dilmah tea and the courage and sheer heroism of Merrill Fernando. When Dilmah Tea arrived in New Zealand for sale in 1991 it was clear that customers would welcome the brand. Everything about Dilmah and Merrill Fernando said “genuine” and “pure” and “home grown” and “family”; concepts we treasure.

In particular, our family is grateful that Nigel Scott brought Merrill to Ballantynes. The association with Dilmah Tea is important to us, and when the stunningly beautiful Dilmah T House created within the store in 2009 was ruined in the devastating 2011 Christchurch earthquakes it caused heartfelt sadness. Merrill Fernando, his sons, and Dilmah Tea are admired in equal amounts by customers and staff – everyone enthusiastically accepts the invitation “Do try it” and all are delighted when “the Dilmah boys” make a visit. It has always been a pleasure to sell Dilmah Tea. An amusing result of Merrill’s advertising catch phrase has been that one hears “Do try it”
being said (with varying degrees of a Sri Lankan accent) in all sorts of situations – from mothers speaking to young children, teachers to students, joking men to friends in a pub – a wonderful success story all of its own! Happy Birthday to Merrill, and congratulations on reaching an age when you can enjoy a lifetime of memories and reflect upon the many achievements that have inspired business people all over the world.